﻿
I'd like to share with you a woman and an organization that so touched my heart when I heard about them.  My friend Ashley over at Etsy shop VNTAGEQUEEN introduced me to wonderful and proud USMC wife Kacie who runs a non profit organization by the name of....


OPERATION TANK YOU﻿
After having read her blog and story I was inspired to help spread the word of the awesome deeds Kacie and all her volunteers do for the women and men serving in our armed forces along with the american spouses whom they've had to leave behind.
With great honor and much respect I introduce you to....
Kacie
Kacie so eloquintly and graceously allowed me the opportunity for an interview so that I may help to spread the word and to give a little insight as to what Operation Tank You is all about.  We hope you enjoy.
*********************************************
Tell us, what is Operation Tank You?
The Story Behind the Project
I have always been proud to be American. I cry during the National Anthem, I pause when I see the flag flying high, and nod at every Veteran I pass. I am not the only proud American. You see other young men and women, returning from boot camp, serving overseas or training, and they too, are full of pride. You see them at the airport, proudly wearing their service sweatshirts and t-shirts; they walk on air.


In the summer of 2009, I began to notice an increase in young men and women who serve as I traveled between Richmond and San Diego. During a layover in Dallas, a young man caught my eye as he walked into the airport. He was proudly wearing his Navy sweatshirt and seemed to be looking around to see if anyone else had noticed his new gear. Without hesitation, I reached into my book bag and wrote a small note of thanks. I approached the young man, who looked more like a kid, handed him the card, and thanked him for his service. Not knowing what to do, he shook my hand, thanked me and walked away. I sat back down at my chair and continued to read from my book. Within minutes, the young man returned with his cell phone in hand. As he stood before me, he continued his conversation before pausing to hand me the phone. On the other end was a mother who wanted to thank me for my note. She said he had called to tell her, “I made someone proud.”
After that day, I began carrying letters in my purse. I knew I wanted to recognize every man and woman who proudly serves our country and so Operation Tank You was born. In the past year I have seen grown men fight back tears as well as received numerous hugs from women. The tough guys ready to take on the world? I’ve seen them tuck it in their chest pocket. At the end of the 2009 school year, the children at Washington Henry Elementary School also supported my effort by making cards. Many of the cards have found their way to Pakistan, Afghanistan, and Iraq, while others have been given to local men and women.

Last May, my fiancé deployed.

Having lived on opposite coasts for nearly a year, the deployment didn’t rock me as it had others. It wasn’t until a month later that I began feeling the impact as all communication had been cancelled and no mail had been delivered.


My classroom parents, recognizing the struggle, carefully prepared a care package for me. It had everything I needed to help get me through the toughest days. I laughed out loud while watching the movies, devoured the chocolate when the tears came, and treated myself to an at-home spa day. I was touched and inspired. Shortly after, I began brainstorming and Operation Tank You: The 10x10 project was created.
Operation Tank You: 10x10 is an extension of the cards that have already touched nearly 400 soldiers. These care packages, sponsored by ten people giving ten dollars, are created for those left behind during deployments. It is a simple reminder, that as proud Americans, we have not forgotten you, the people who are the strength behind the scenes.

********************************************
Share with us a little about the person behind the scenes at OTY, who are you and what is role/duty?
This question is hard for me to answer. I have never really thought of myself as being the sole person working for OTY, though on paper that's true. There are so many people from across America that have given to OTY through monetary donations or by sending other items that could be used in care packages. These people are truly the heart and soul of OTY. I just organize the packages, send out e-mails, and work to make sure as many families as possible are taken care of while their loved ones are deployed. Honestly, I'm just an everyday American. There is nothing truly special about me other than I had a small dream, inspired by one young man in a Navy sweatshirt in 2009. I want each military family to know that they are not alone. We're all in this together.

*********************************************
How long has OTY been in operation?
I began with cards in 2009 and later moved to care packages in 2010. My friend's brother (I am waiting for his permission to use his name) was hit with an IED in his last month of his deployment. I remember the phone call and the many tears that fell after I hung up the phone. Though I had never met his brother, I felt an automatic tie because my own loved one also serves. I knew I wanted to do something for his family, to let them know I was thinking of them, and so the first care package was created.  See "Little Things"

OTY is funded from the generosity of thankful Americans through PayPal found on our blog and through personal donations of their gifts, crafts, etc. It's with the generosity that I am able to do what I do. Of course, if there's ever limited funds, my husband and I foot the bill. No request ever goes unanswered. 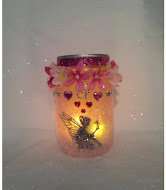 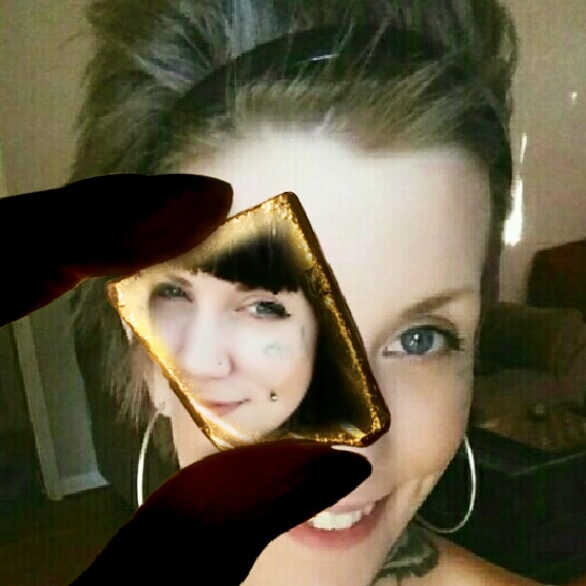 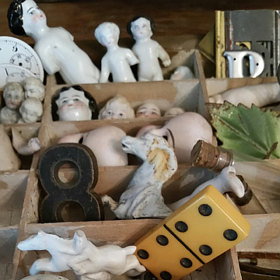